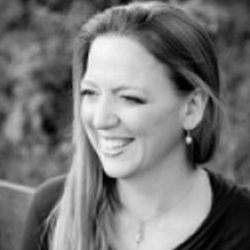 CEO - Founder
As one of the original founders of Scholastic Expeditions, Susan has been passionate about student travel her entire life. She spent her junior year of high school abroad as a Rotary Foreign Exchange student-- a time that she now reflects back on as one of the most defining periods of her life. She discovered a gift for languages and a love of culture that continues unabated to this day. Subsequent expeditions doing field research in Mexico during her college years and exploring over twenty other countries in the course of her travels have led seamlessly into Susan’s career, seeding it with a rich history of hands-on world studies. In college, her subjects were Political Science and Biology, both of which have made themselves useful in her current role with Scholastic Expeditions.

You will find Susan wearing many hats within the organization, as she is interested in all aspects of educational travel. She is exceptionally proud of what Scholastic Expeditions has become, and loves seeing the looks on kid’s faces when they are experiencing the amazing flora and fauna of Costa Rica. To her, there is nothing better than hearing from a teacher that yet another student has been influenced to continue in the life sciences or has been inspired to activism as a result of their experience on their program. She looks forward to developing more programs involving hands-on science in thrilling destinations that promote conservation and eco-economies as a force of global conservation. 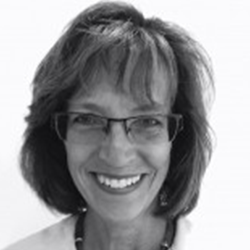 Director of Curriculum Development
Susan has broad experience in education, science and travel. Wanderlust, combined with decades of literacy and language learning advocacy, fueled her journey to Scholastic Expeditions (SE). Her areas of focus ensure SE customer satisfaction. A BS in Biochemistry from UC Davis enabled an early stint as scientist at a biotech startup.

(1) Susan went on to become a high school science teacher. Improving materials and lab opportunities was at the center of her classrooms. Earning an MS in Education from Cal State East Bay, Susan mentored many colleagues along the way. Teaching AP Biology, she tripled the number and success rate of students’ rigorous learning as measured by the College Board. Empowered by innovative curriculum (2), Susan led a successful drive for wider access to college preparatory pathways in the Livermore, CA school district.

An outdoor enthusiast, Susan believes collaborative learning and experiential education are building blocks to produce accomplished citizen scientists. Her students pioneered SE’s popular exploration trip to the Channel Islands. This unique coastal site was chosen because it offers many chances for discovery learning in a richly diverse Pacific marine ecosystem. Susan also led students on a comparative SE journey through Costa Rica and Panama, where anthropology collides with ecology in two beautiful but very different rain-forested countries. After a successful career in public education, Susan has the opportunity as SE Curriculum Development Director to dive deeper into her particular passions. She is committed to both protecting our natural legacy and exposing future generations to educational experiences inside and outside the classroom, as SE offers a world of opportunities to shape 21st century learners. 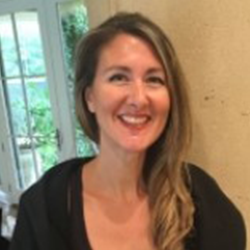 Community Outreach
Heather began working for Scholastic Expeditions after an amazing experience accompanying her daughter on the Costa Rica Program. Education and travel have always been passions for Heather. She's traveled to 28 countries and lived in England, Guatemala, and Mexico. Her Political Science degree from University of San Diego concentrated on International Relations, and she studied abroad with programs in Oxford, England and Cuernavaca, Mexico. Heather also interned at the World Affairs Council during college and worked in the International Study Abroad Center as the Student Coordinator for the Oxford Program. Heather later spent her career in social work with the American Red Cross and County Health & Human Services.

While continuing her education in community and international services at the Red Cross and Sacramento State University, Heather also pursued opportunities to engage in her kids education in and out of school. She’s volunteered in classrooms, taught art to students, organized school international festivals, and remains a parent lead and advisory council member for a local youth-driven community service organization. 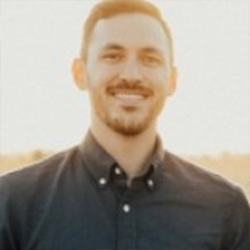 Business Development
Nate had his first student travel experience in high school when he embarked on a life-changing month-long expedition through the Rocky Mountains. Ever since, Nate has been on a mission to bring travel and experiential education opportunities to others.

Nate earned a degree in Recreation and Outdoor Education, which involved a semester long program training under a master educator of the Wilderness Education Association. He then returned to his home town to work at the Channel Islands National Park, where he led trips and managed sales for a local tourism and outdoor education company.

Now representing Scholastic Expeditions, Nate helps connect students and teachers with the expeditions that best fit their goals, always with the mission to bring their studies to life and to expand their horizons beyond what they knew was possible.

Director of Costa Rica Operations
Humberto was born and raised in Costa Rica and has dedicated his life to marine conservation. In 1994, he began working on sea turtle conservation projects with leatherback, hawksbill, and green sea turtles in the Costa Rican Caribbean. He remains involved in these conservation efforts today. Humberto has also worked as an academic assistant for the Universidad Nacional Caribbean Program evaluating fishing resources along the Caribbean coast. He has been on assignment in Vancouver, Canada, for cetacean research on killer whales and dolphins, and has experience maintaining a salmon farm on the Seymour river. Humberto started working as a freelance naturalist tour guide in 2006. He joined the SE team in 2012 where he has worked as a tour guide, instructor, and now director for our coveted Costa Rica programs. Humberto earned his degree in marine biology at the Universidad Nacional in Heredia, Costa Rica and is currently completing a graduate thesis in Marine and Coastal Sciences with emphasis in Marine Coastal Resource Management. He has been supporting the Universidad Nacional Biological Sciences School National Wildlife Laboratory (LARNAVISI) in a coastal erosion project on Costa Rica's South Caribbean shore. A lover of language, Humberto is fluent in Spanish, English, Italian, and French.

Humberto creates and develops all Scholastic Expeditions hands-on curriculum and trains our guides on any necessary methodologies. 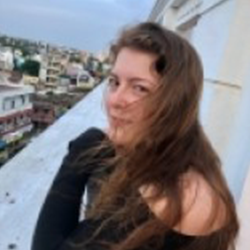 Program Outreach Coordinator
Kira has always been drawn to the outdoors. She grew up at the base of Mt. Tamalpais, just a short drive from Muir Woods in Northern California. Her oldest memories are of her running through the forest, staring up at the trees. With every outdoor education experience Kira's schools provided, her love for nature and passion for environmentalism grew. As a result, Kira attended a 4 month Marine Biology program on Cape Eleuthera, Bahamas during her junior year of High School. While there, Kira lived on a self-sustainable, community-based campus and worked with shark biologists at the neighboring research institute. She returned from her semester inspired and motivated to influence positive change in the world.

Kira joined Scholastic Expeditions in January, 2018. She spent her first 7 months with SE promoting our inbound programs in Chennai, India. Since her return, she has been supporting outbound business development efforts while maintaining her work growing markets in India and Sri Lanka. Kira enjoys trekking, camping, exploring new terrains, and learning about different cultures. But there is nothing that makes Kira happier than swimming in the ocean. 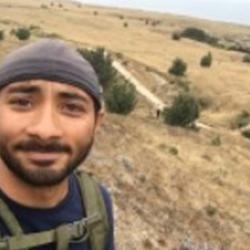 Instructor for SE’s Channel Islands Marine Program
Gabriel (Gabe, for short) has had a lifelong passion for travel, science, and learning at every opportunity. His grandfather took him and his brother traveling all around the world, always visiting new places with the intent to learn everything they could from the experience. He grew up in Los Angeles, and in high school he exceled at biology and writing. He went on to receive a BS in Aquatic Biology from UC Santa Barbara. As a college student, he worked at the school’s REEF aquarium, where he fell in love with bringing the magic of the ocean to the next generation of scientists and informed citizens. Gabe was also the REEF’s Abalone Aquarist, working to help two endangered species of marine snails, the Black and White Abalone, to recover from dangerously low populations due to overfishing, disease, and climate change. He has interned at the Aquarium of the Pacific, and conducted research at both UCSB’s Parasitology Lab, and at the Crocodile Research Coalition in Placencia, Belize.

Gabe has been an instructor for Scholastic Expeditions since 2016. As a lover of all things invertebrate, he helps connect students with the creepy-crawly, sometimes alien-looking, but always amazing animals lying just below the water’s surface. Gabe has also joined the marketing team to help bring the amazing experiences offered by Scholastic Expeditions to schools and students who haven’t yet been on our one-of-a-kind trips before. He enjoys reading, tide-pooling, playing tennis, diving, and listening to metal music. His favorite phylum is Arthropoda, and he thinks pandas are overrated. In addition to SE, Gabe currently works at the California Department of Fish and Wildlife collecting data for recreational fishery management purposes. He also volunteers at the Aquarium of the Bay as a diver, and at the Steinhart Aquarium in the Cal Academy of Sciences in the husbandry department.

Join a Program Lead a Program

SE is an experiential education company that designs and provides exceptional learning opportunities for students of all ages.